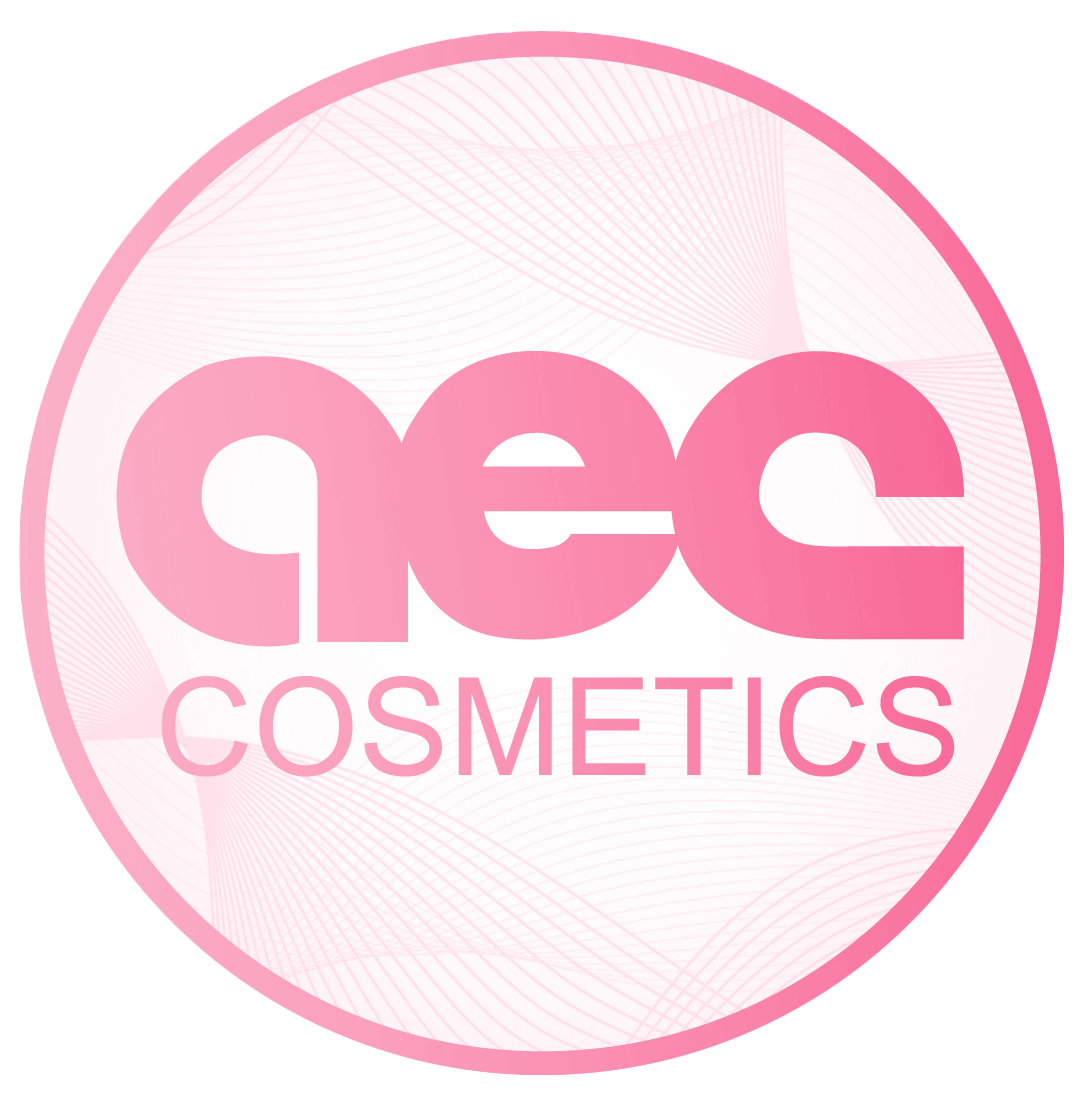 High profile, biodimensional and anatomical, smooth or microtextured breast prostheses. Designed for use in reconstruction and augmentation mammoplasty. The breast implants are made with a silicone elastomer cover and silicone gel components. Our implants are designed to produce a soft tissue adhesion. They also have a barrier layer of silicone elastomer with which the diffusion of the gel is minimized. 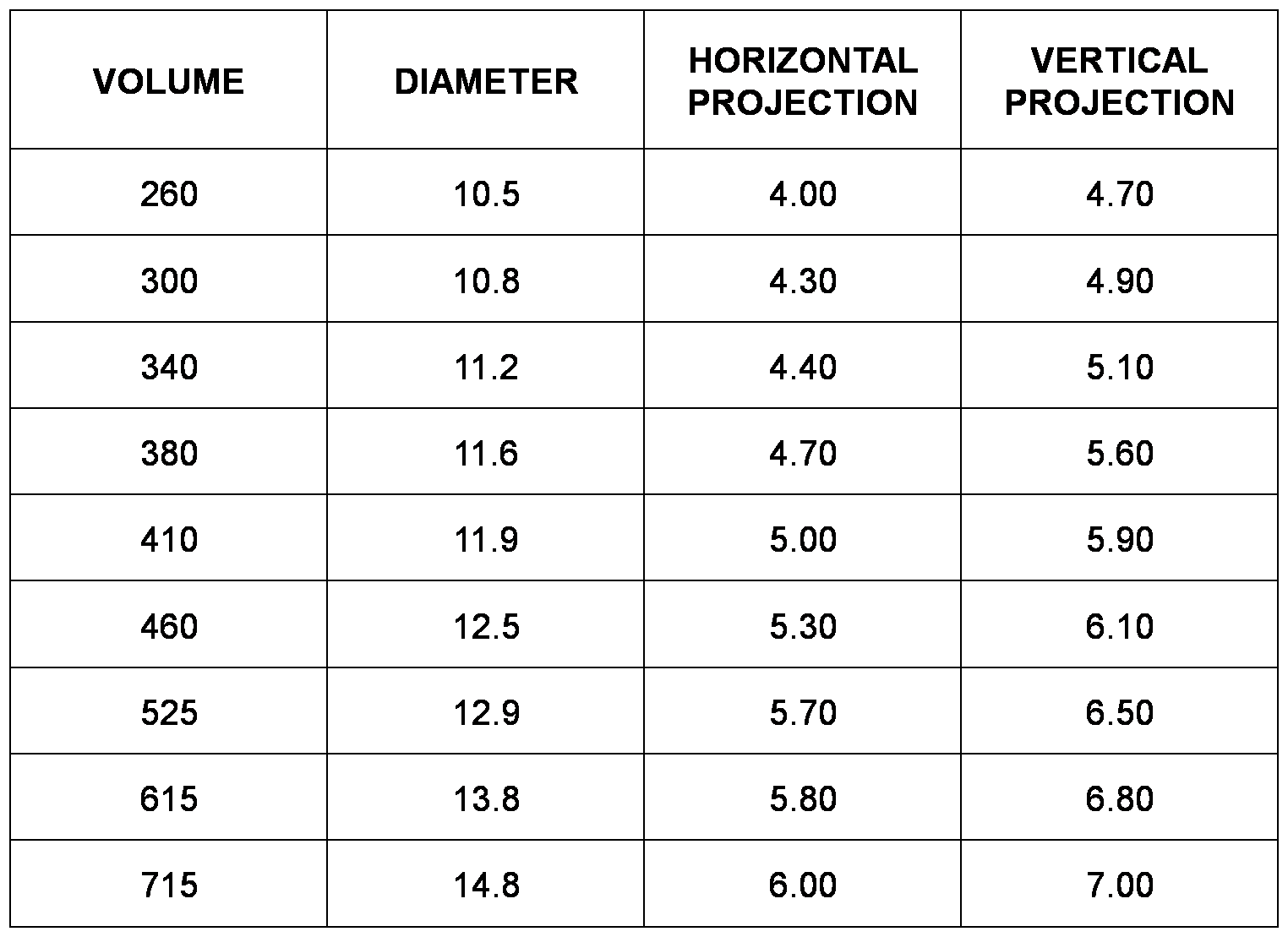 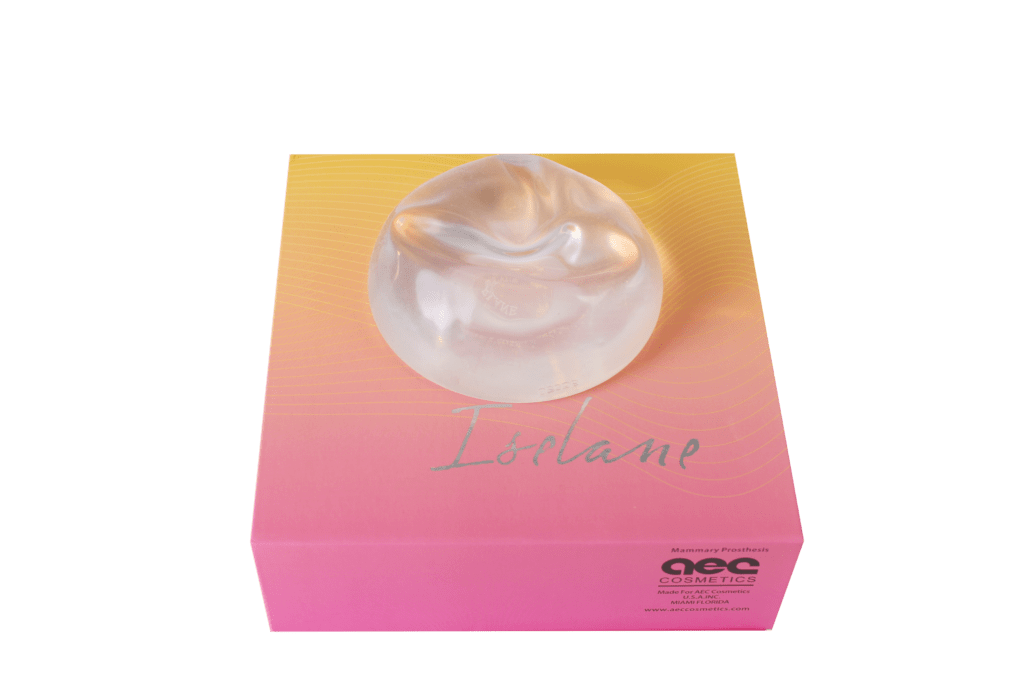 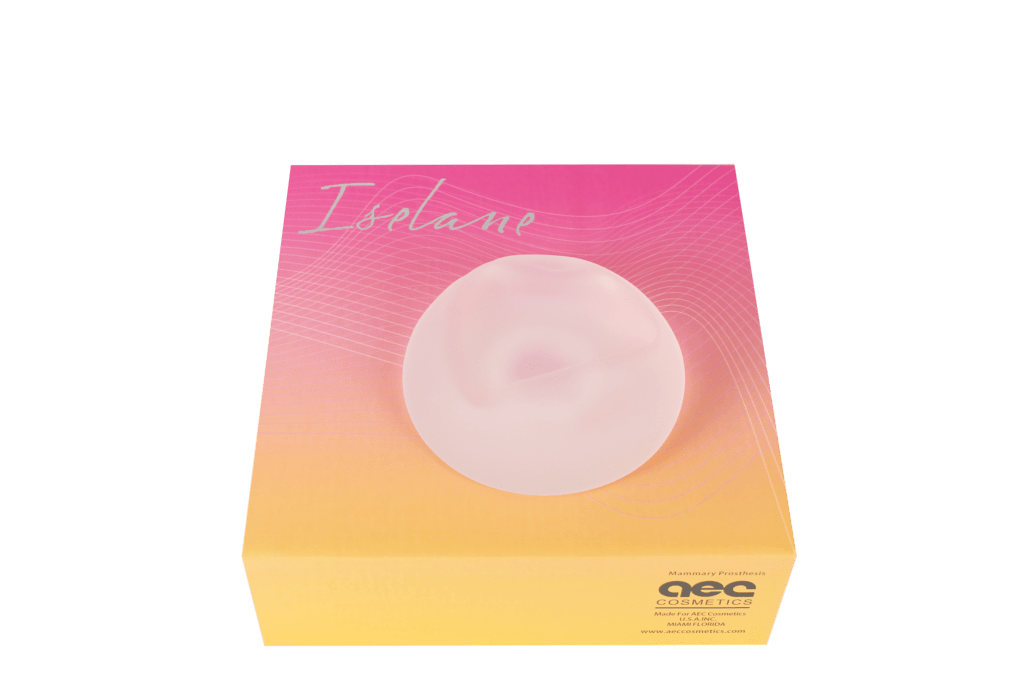 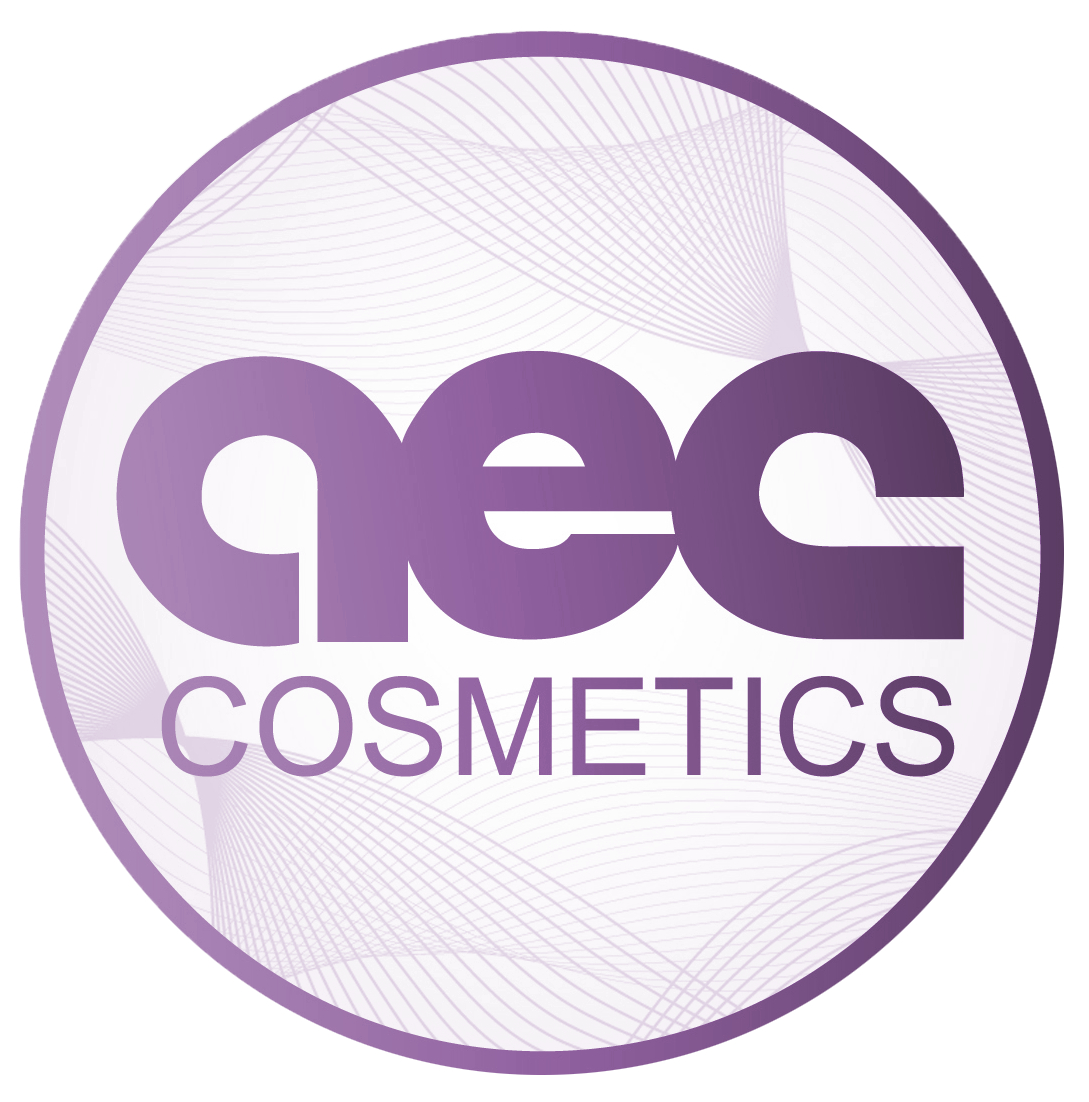 Breast prostheses of extra high profile, smooth or microtextured. Designed for use in breast augmentation. The breast implants are made with a silicone elastomer cover and silicone gel components. Our implants are designed to produce a soft tissue adhesion. They also have a barrier layer of silicone elastomer with which the diffusion of the gel is minimized. 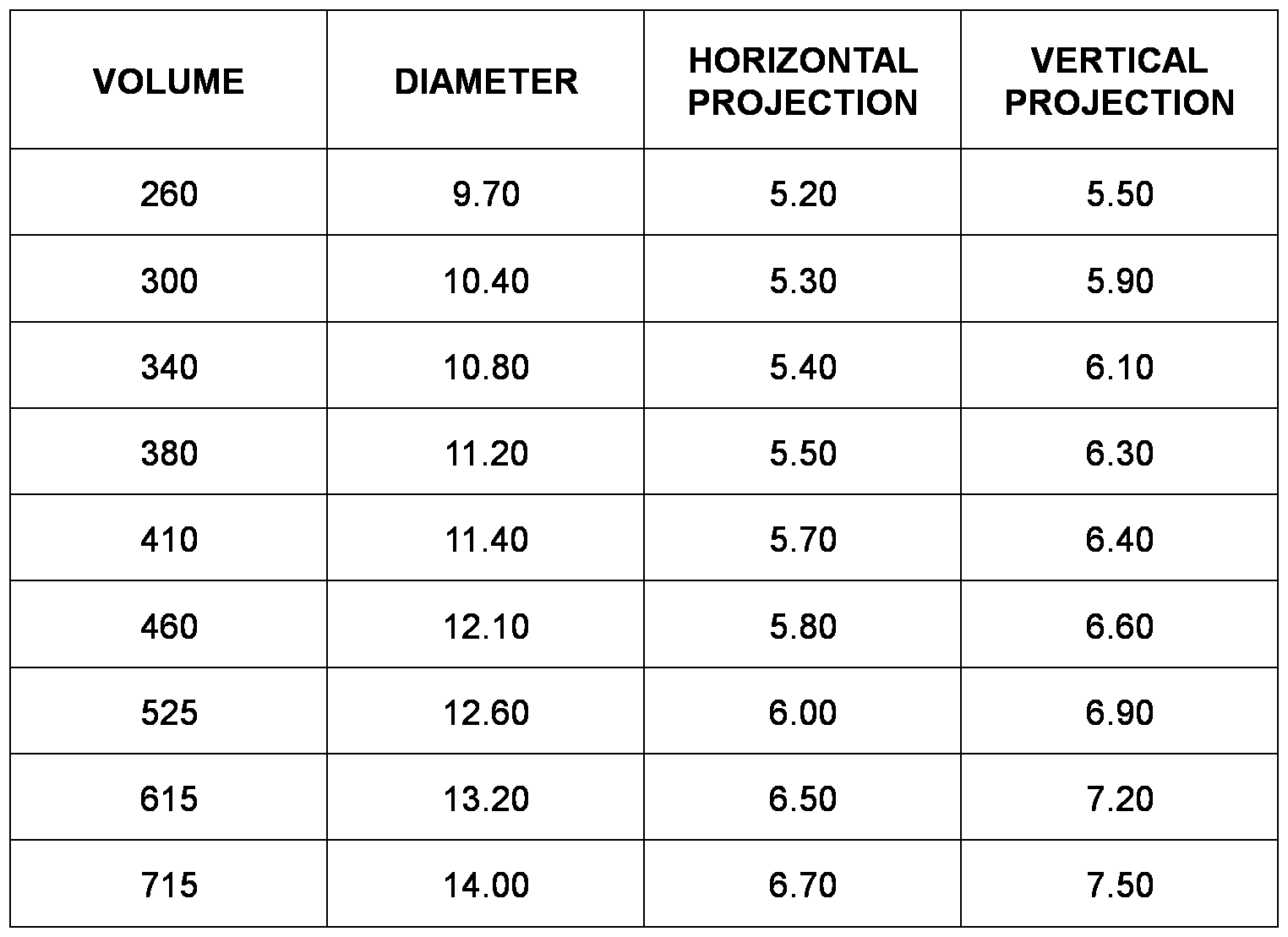 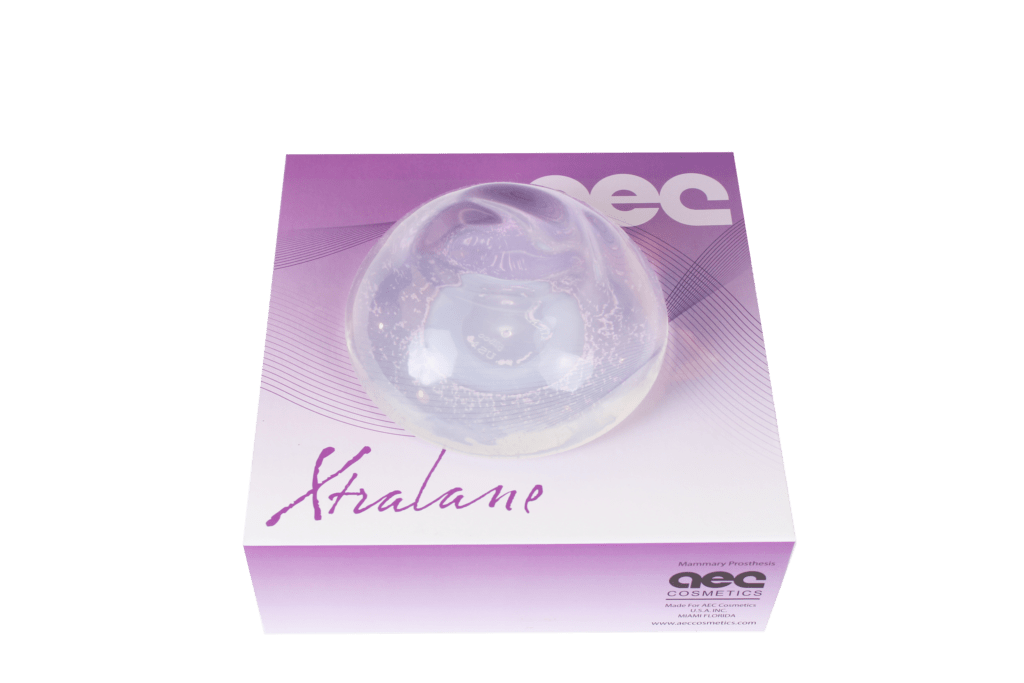 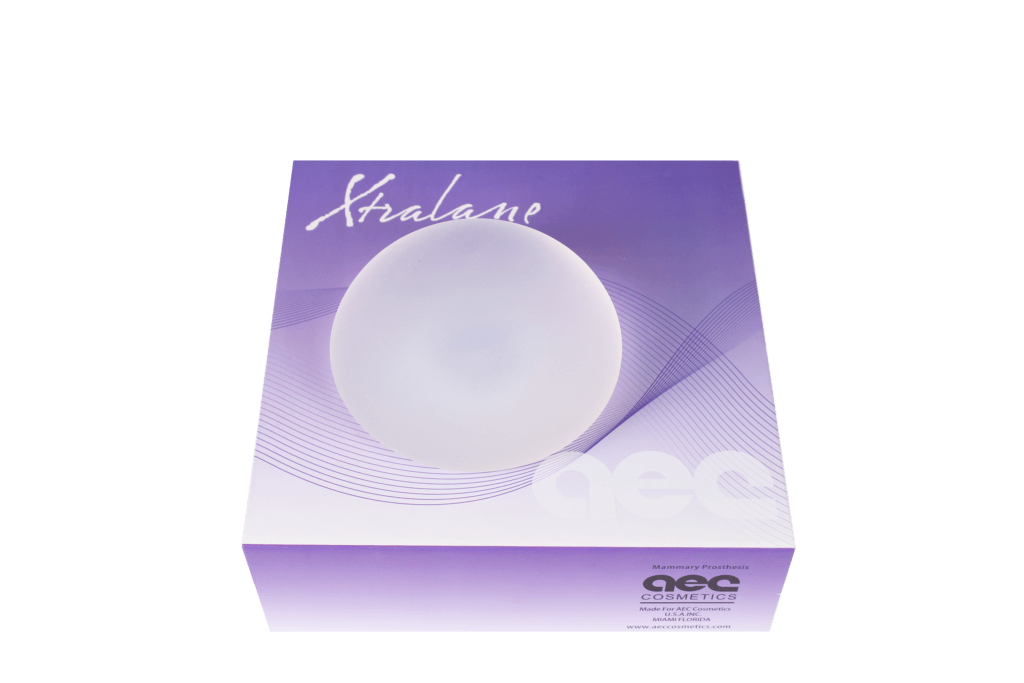 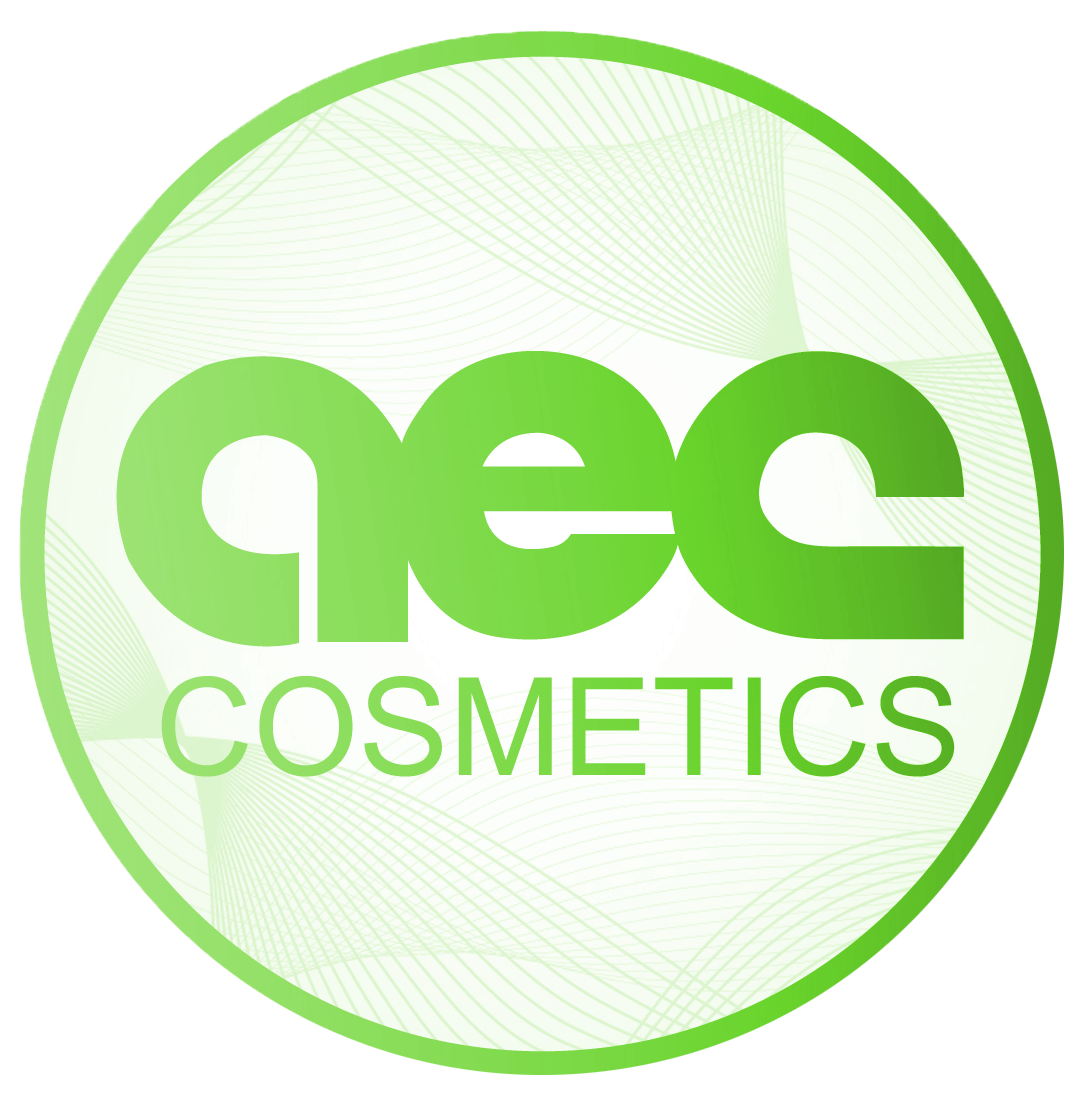 Gluteal implants are permanent prostheses available in a wide range of volumes. These implants incorporate a barrier layer in their structure to suppress spillage of the gel. The silicone gel is sufficiently cohesive that it feels like real muscle tissue and does not move in the event of a rupture of the prosthesis. 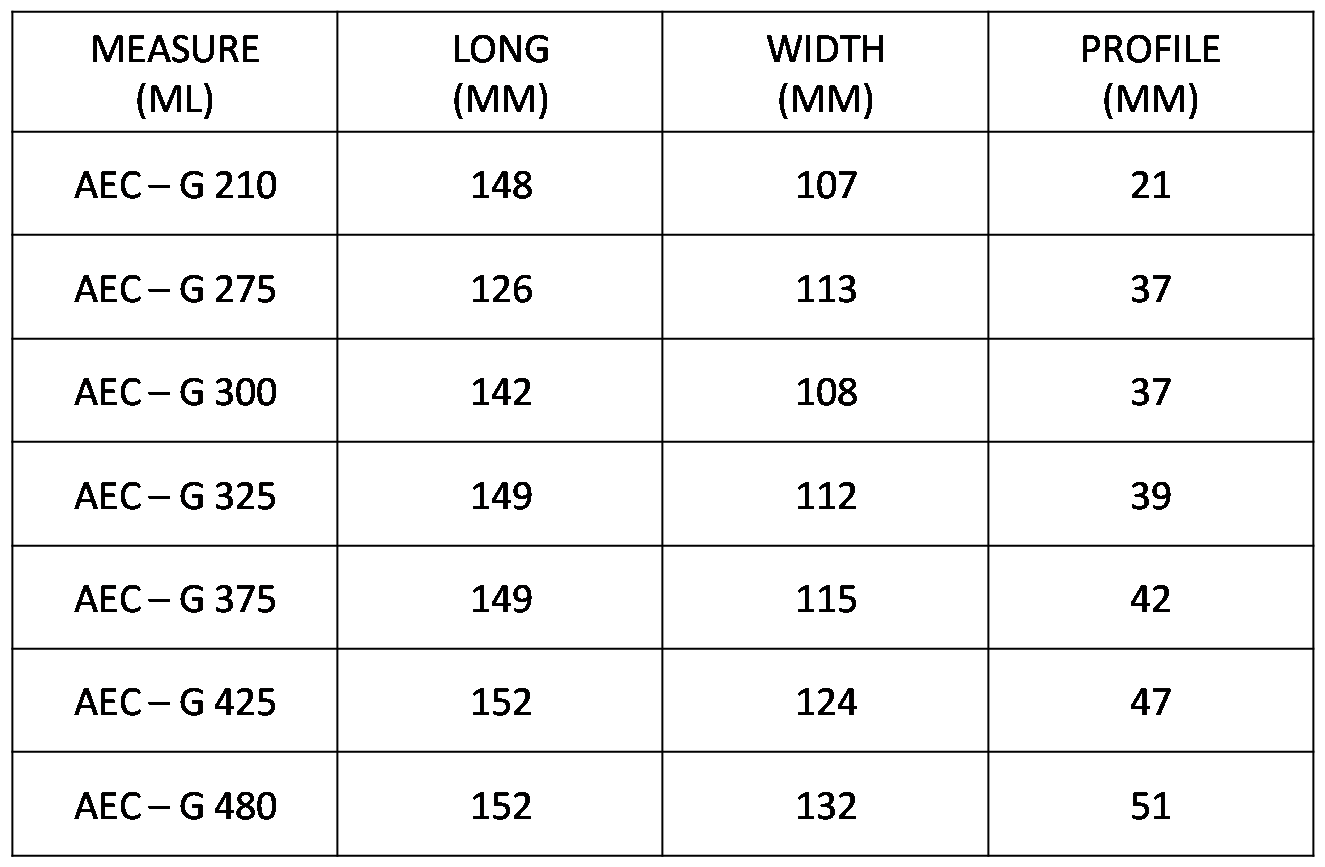 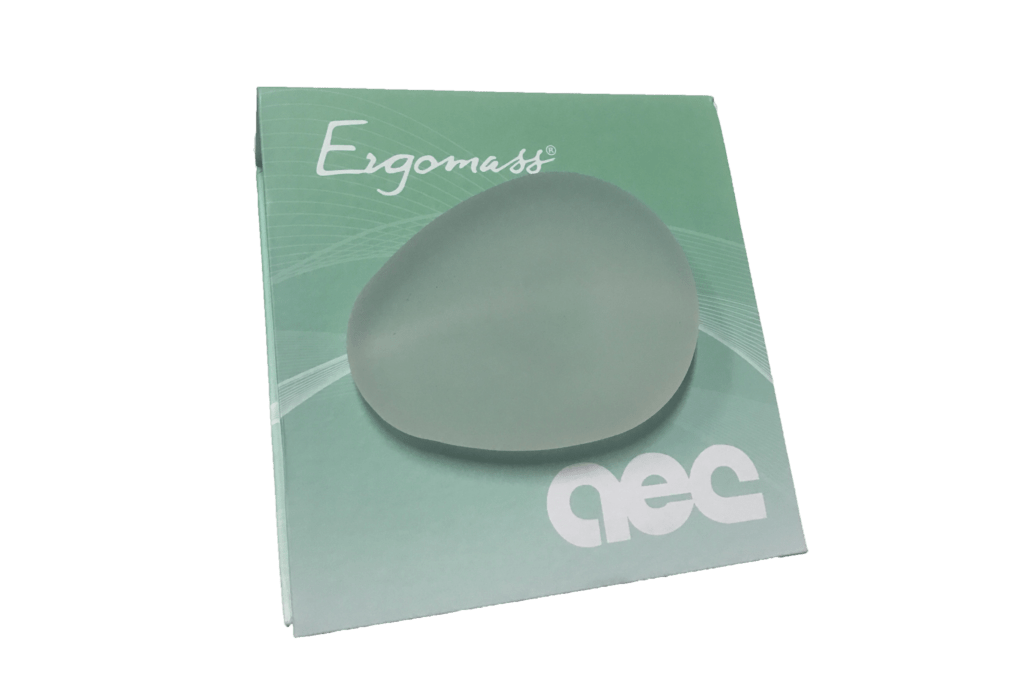 INFORMATION TO BE PROVIDED TO THE PATIENT

It is known that breast implant surgery benefits patients from the physical and psychological point of view. Among the expected benefits we can mention the following: restore the image of the whole body, facilitate emotional recovery after cancer, eliminate the need to use external prostheses, recover body symmetry, provide freedom to choose clothes or perform physical activities, and improves sexual and interpersonal relationships. Before making a decision, it is recommended to speak with a counselor about any non-medical issue.

Once the patient has received all the information and before making a final decision, it should take at least 30 days to think about the risks and benefits of a breast implant. Patients are advised to discuss with their physician any previous unsuccessful surgical procedures, infections, psychological illnesses, painful “cystic” breasts, a history of cancer that has spread, or any medication that has been taken and that may alter the blood coagulation. Patients should receive information about the surgical operations of implants.

These implants can be placed behind the breast tissue, either in front of or behind the thoracic muscles, and the incisions can be made in different places, such as inframammary, periareolar or transaxillary. Most likely, this surgical operation is performed under general anesthesia, which adds a slight but important risk to the entire operation. After the operation, the patient may need to carry a drain tube for a few days to remove any liquid present in the wound. The surgical operation can be completed in a day or it can require a hospitalization of 2 to 3 days, in the case of a more complex surgery. Patients should consult the postoperative treatment with their surgeon, as the wound may take several weeks to heal. The need to evaluate the integrity of the implant and the method that will be used for this evaluation should be discussed with the patient.

Before making the decision to perform surgery, the surgeon must inform the patient about the warnings listed. The surgeon should warn the patient that medical monitoring of adverse reactions may require explantation of the prosthesis. Implants can break at any time.

Patients should be informed that the implants may break, which would require a new surgical intervention to be replaced or revised. The causes of break include: ·

Other injuries produced during surgery, such as improper handling or handling.·

Capsular contracture or abrasive calcifications in the fibrous capsule.·

Stressful factors such as traumatisms, intense physical activity, massage and / or vigorous manipulation.·

Excessive compression during the performance of a mammogram.

2 . Capsular contractureThe formation of a fibrous tissue capsule around an implanted device is a normal physiological response. The contracture of the fibrous capsule remains a frequent complication after surgery with breast implants. The cause of capsular contracture is unknown, but most likely multifactorial. The contracture develops in different degrees, unilaterally or bilaterally, and can occur within weeks to years after surgery.The contracture of the tissues of the fibrous capsule that surround the implant can originate a range of symptoms that include: firmness, discomfort, pain, distortion, palpability and / or displacement. Severe cases are those that have a greater clinical importance and can force surgical intervention. Capsular contracture may recur after performing corrective surgical procedures.DO NOT treat capsular contracture by compression or external massage, procedures that may cause injury, or folds in the implant, and / or hematoma.

4. NecrosisThe necrosis can inhibit the healing of the wound and force a surgical correction and / or explantation. As a result of the necrosis a permanent scar deformity can occur.

5. Hematoma / seromaPostoperative hematoma and seroma may inhibit wound healing and require surgical correction and / or explantation

6. Inflammatory reaction In studies to evaluate the capsules around TEXTURIZED tissue expanders, the possible presence of silicon particles inside the giant cells has been described, indicative of a local (and non-specific) reaction to foreign bodies, and the formation of silicone granulomas. Another study suggests that certain types of capsule cells, including some perceived as giant cells, may actually be secretory cells that are formed in response to the friction forces of the tissue expander, providing lubrication at the capsule / expander interface.

7. ExtrusionIf the tissue coverage is not adequate or sufficiently stable, and / or there are complications in the healing of the wound, the extrusion of the implant may occur.

8. Interference with the standard mammography techniqueBreast implants can complicate the interpretation of mammographic images by hiding part of the underlying mammary tissues and / or compressing the underlying tissue.Images of the breast tissue can be improved by submuscular implant placement. The orientation marks are visible in the mammographic images and must be taken into account during the interpretation of them, in the case of anatomical products filled with silicone gel.Patients should also be instructed regarding:Inform the radiologist of the presence, type and placement of the implants, as well as the presence and location of the orientation marks (if applicable).Ultrasound can be a useful technique along with mammography.

9. PainAs expected after carrying out any invasive surgical procedure, pain of varying intensity and duration may occur after implantation. In addition, improper size, improper placement or surgical technique, or capsular contracture can lead to pain from nerve impingement or interference with muscle movement.

10. Pain without explainable cause should be investigated promptly.In the case of tissue expanders, the expansion process may cause discomfort, but should not cause excessive pain. The pain may be an indication of an expansion that exceeds the tolerance of the tissue, which would produce ischemia and necrosis.

11. The expansion should be suspended until the pain problem is resolved.

12. PtosisPtosis occurs naturally in all breasts over time.

13. DistortionTissue expansion is a process that requires a lot of time and work, and can cause temporary distortion and discomfort.

16. Diffusion of the gel Small amounts of silicone gel can diffuse through the elastomer shell of the implant. The detection of minute quantities of silicone in the periprosthetic capsule, lymph nodes axillary lymph nodes and other distal regions in patients with conventional implants filled with gel and apparently intact has been published in medical literature.

18. Effects on the bone A compression of the thoracic wall associated with the use of tissue expanders for breast reconstruction has been described. The presence of a thick capsule, which causes greater resistance to expansion, may be a contributing factor. Rarely bone resorption occurs.

19. Deformation Permanent deformation of breast implants filled with cohesive gel may occur, which requires revision surgery to replace the implants. This can be caused by trauma during or after surgery.